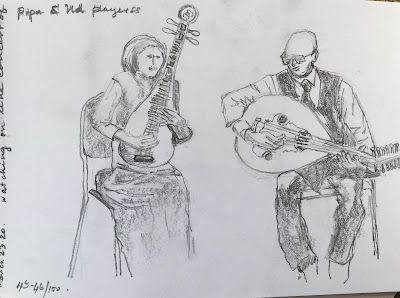 I was not going to participate in the #OneWeek100People challenge this year.  But as the social media started filling up with artists sharing their sketches, I decided I will sketch as many as possible and now I have 46 sketches that I would not otherwise have  in my sketchbook :)

I sketched these musicians watching/listening to an online concert from the Smithsonian National Museum of Asian Art.  I now know after sketching all these people that I need to work on drawing hands :) 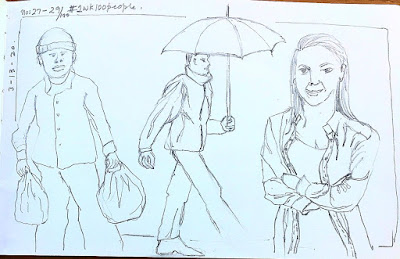 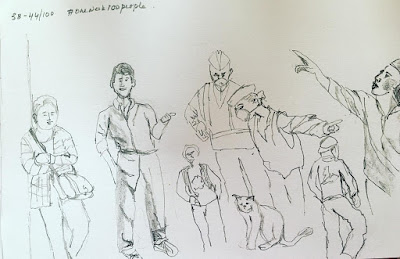 These sketches were mostly from the news on TV and newspaper.  They are all from different places and times and I enjoyed putting them together like this. The guy with the umbrella and the girl leaning is from my phone camera roll. 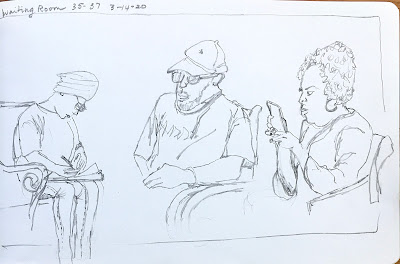 These are from my phone from when I was at a doctor's office a few months ago. I Had originally sketched them on my iphone but because of #shelteringinplace and #socialdistancing decided to sketch them again in my sketchbook :) 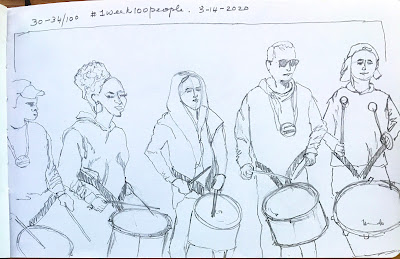 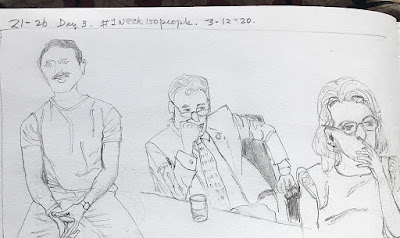 These sketches were from the Newspaper and TV :) 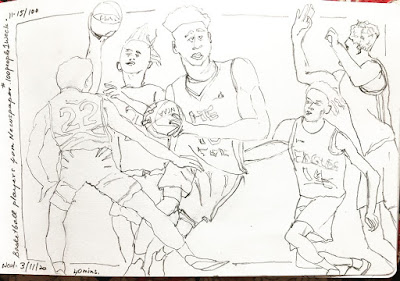 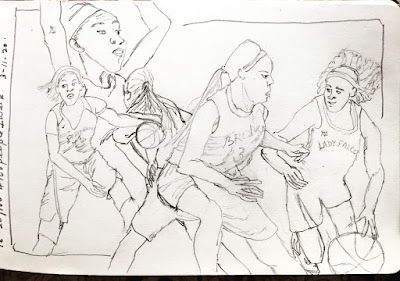 These are from watching Basketball games before there were all cancelled! I had to refer to still photos to get them right. It became clear early on I need to study and practice hands :) 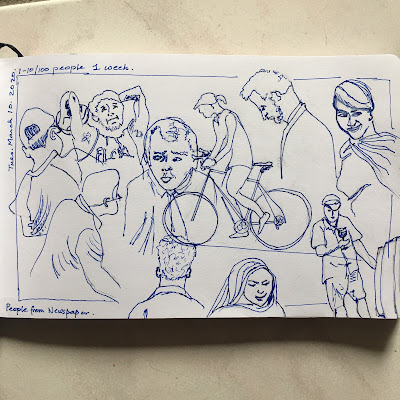 I really had hopes of being able to do the 100 in 10 days at this rate when I did 10 sketches one the first day! But then life got in the way as I had suspected it would confirming my initial decision not to participate in the challenge! But I am really glad I did as many as I could. I am getting faster in getting the shapes down.  Next challenge is to get comfortable sketching hands and also capturing values.