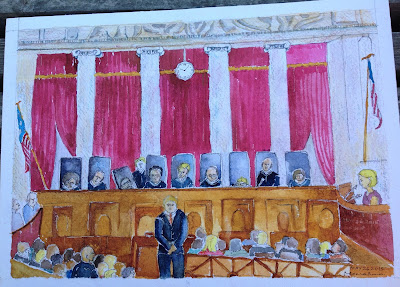 "Photography is an immediate reaction, drawing is a meditation"
~Henry Cartier-Bresson~

No cameras or cell phones are allowed in the United States Supreme Court and I was really grateful to my sketching ability to capture the exciting moment when our son was admitted to the Supreme Court Bar earlier in the year. I was happy the security let me take my sketch book as practically nothing was allowed into the courtroom. I desperately hoped to do a decent sketch of the event.

As we had to wait in the courtroom for about half an hour before the court session began, I quickly and roughly sketched the columns, the big table, the nine chairs, the drapes, the flags, backs of lawyers and others connected with a couple of cases whose decisions would be announced, and the dozen or so inductees waiting in the courtroom to be sworn in.  Once all the justices came in and sat down, I got to work to get a quick likeness of each of them -- and yes, Justice Thomas really did lean back on his chair and spent the entire time looking up at the ceiling.  As I am short and was sitting up-close towards the front,  I could barely see Justice Ginsberg over the big wide table! Below is the sketch at the end of the ceremony:

Later, there was a reception and a meeting with Justice Ginsberg -who was eloquent and passionate about gender equality in the talk she gave to the attorneys newly admitted to the SC Bar.  She also generously answered all the questions from the inductees. During our tour of the building, I took a photograph of the model of the court room to help me complete the sketch.

The final painting was done on handmade watercolor paper (rough, 270gsm) from India. I drew directly on the paper and outlined it in ink to capture the excitement I felt when I first sketched it on my little sketchbook.

A work of art is a world in itself reflecting senses and emotions of the artist's world. (Hans Hofmann)

What I See Depends on What I Look For 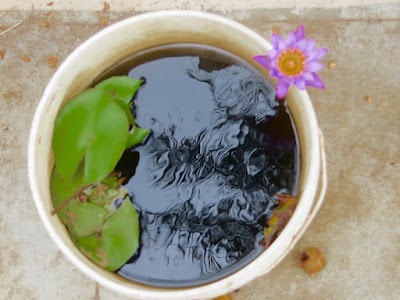 What I Saw 1 photography by Meera Rao 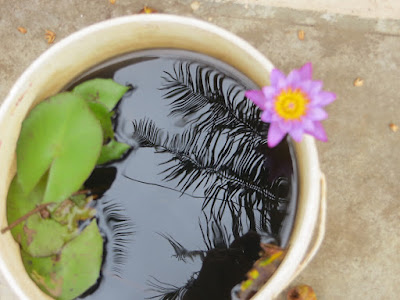 What I saw 2 Photography by Meera Rao 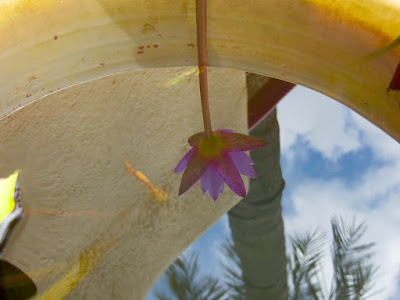 What I Saw 3 Photography by Meera Rao